Stephen Romano is a collector, curator and private art dealer in Brooklyn, New York. Collecting since the mid-90’s he has championed esoteric and outsider artists through his Stephen Romano Gallery, and through curatorial collaborations such as The Buckland Museum of Witchcraft and Magick in Cleveland. Faye Dowling talks to Stephen about his current William Mortensen project, and his life spent working with esoteric and outsider art.

Antenna: Where did your interest in esoteric art begin?

Stephen Romano: It began when I was very young. I could see things, spirits in the shadows. I would make drawings of them and carry them in my pockets. My aunt, who was a fairly well known abstract artist in Montreal where we lived, saw these drawings one day and flipped out and proclaimed I was a prodigy. She began bringing me art supplies and also expensive art books on Dali, Rembrandt, Durer, and a big heavy book on Hieronymus Bosch, which miraculously I still have today. 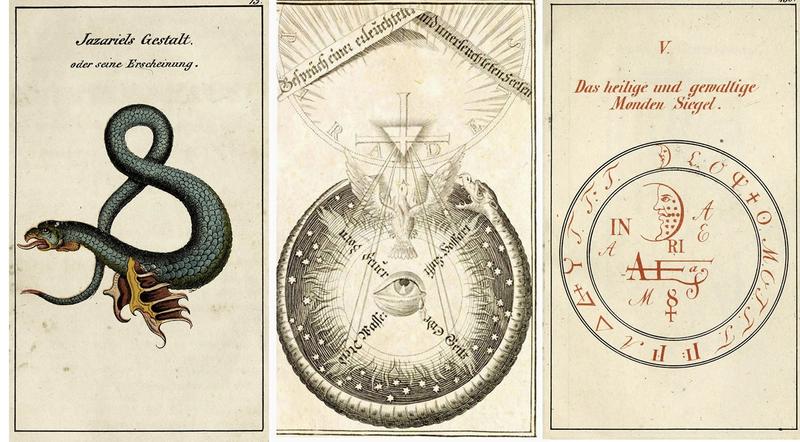 Later in my 20's I went to community college in Sarnia. and University in Windsor, Ontario. In the 90’s I moved from Canada to New York City and became manager of Ricco/Maresca. The gallery was renowned in the field of “Outsider Art”, celebrating artists who are outside of mainstream society — perhaps through a psychological or physical impairment, and have channelled their ordeal into making art. The famous artist Henry Darger would be a quintessential example.

But whilst I had access to these great masterpieces, I didn’t have the means to acquire any of it. A Henry Darger worth $25,000 then, and would be worth in excess of $400,000 today. So instead I focused on collecting vernacular and vintage photographs that had a paranormal feel to them.

I think my vintage photography collection is now in the thousands, and any serious collector will tell you how quickly we get to that number when we follow our obsession with passion. Over the years I’ve bought, sold, traded. The collection ebbs and flows to this day with enthusiasm or complete disregard, sometimes I forget about it for months on end, other times I’m immersed in it for weeks at a time. 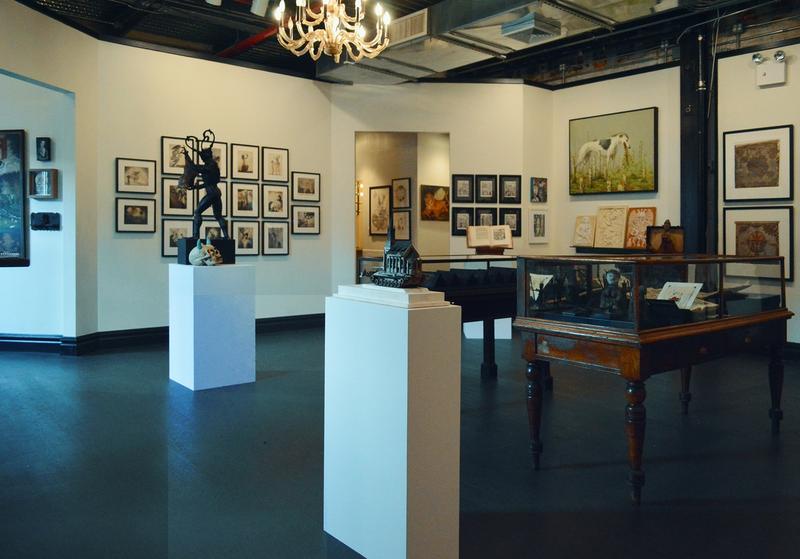 I first came across your collection at the Morbid Anatomy Museum in 2014, with a show presenting both historical and contemporary artists. How did you develop your collection develop?

I’ve always found the affinities between the historical and contemporary art interesting, to amplify the relevance of both, at either end of the spectrum. The Morbid Anatomy “Opus Hypnagogia” show was one of my pinnacle curatorial accomplishments, and I have yet to eclipse it. The artists I champion have been exhibited in some prestigious places including the The Met in New York and Gagosian Gallery. Some of my artists are currently touring in “Supernatural America”, curated by Robert Cozzolino, and the new Taschen “Witchcraft”book from the Library of Esoterica. I am perpetually grateful that I have the opportunity to share these magnificent things, and hopefully enhance the quality of life for others.

You had physical space with the Stephen Romano Gallery in Brooklyn from 2014-16. You also work closely with galleries and collectors, as well as participate in events such as the Outsider Art Fair. Could you give us some insight your artistic community in New York?

I have done the Outsider Art Fair in New York with Ricco/Maresca, with private art dealers, and a couple on my own as Romano Art. Since I closed the gallery in 2016, I’ve been inspired to find other venues and avenues. I am working presently with the Buckland Museum of Witchcraft and Magick in Cleveland, where we have presented exhibitions including William Mortensen, occult artist Barry William Hale and photographers such as Courtney Brooke. We also continued to collaborate here in Brooklyn with Morbid Anatomy curators Joanna Ebenstein and Laetitia Barbier at the Fort Hamilton Gatehouse at the Greenwood Cemetery until 2019.

Your 2022 show schedule celebrates the 125th anniversary of William Mortensen, including a show at Gallery of Everything, London. When did you discover Mortensen’s work?

I first saw William Mortensen’s art in an exhibition while I was manager at Ricco/Maresca in 2000. I was rapt in awe by it every day. I could not believe how someone could be so innovative technically and so visionary in his subject matter at such an early time in the history of photography, and yet how the works still held up so vividly in a contemporary context, it just seemed bewilderingly timeless.

Several years later, I came upon an opportunity to acquire some works by Mortensen, it wasn’t as easy as not a lot of his work survived his feral methods. He didn’t edition prints, and often made only a handful of prints of each piece. But I was persistent and uncovered a whole collection of more than 40 works that were part of his personal collection, really sublime works. The big break came when we were able to acquire the bulk of the collection of Courtney Crawford, Mortensen’s first wife and muse. At that point the collection grew to well over 400 original works.

This past summer, I realised he would have been turning 125, a noteworthy anniversary, and I began to contact allies who also believe William Mortensen’s legacy needs to be preserved, including The Gallery of Everything, London which is currently exhibiting a collection of Mortensen's most exquisite pieces.

James Brett, [the founder of Gallery of Everything] has been a great advocate for creative masters as Henry Darger, Martin Ramirez, William Edmondson, among other national treasures, and we are fortunate to have his support for Mortensen. 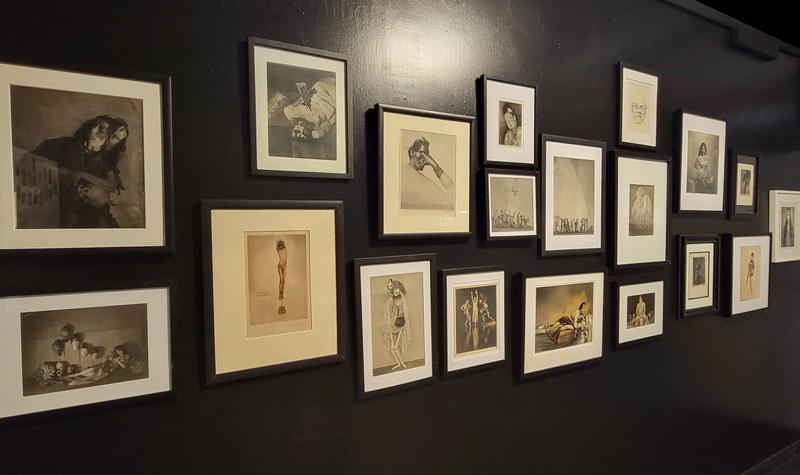 Can you tell us a little his place as a pioneer in manipulated photography?

William Mortensen came to photography as self taught. He studied at the Art Student’s League in New York for a couple of years after being discharged from the army in 1919. In 1921 moved to Los Angeles with his fiancé’s sister, the well known actress Fay Wray, to whom he became a chaperone and guardian. Both their career’s skyrocketed, and Mortensen was soon to become one of the most highly sought after photographers in Los Angeles, working with some of the great silent film directors of the era, including Tod Browning, Ferdinand P. Earle, John Griffith Wray, Vincente Minelli, and of course Cecil B DeMille.

Mortensen had at his disposal an entire floor at the renowned Western Costume Company, where he was allowed to use the abundant resources of costumes, models, props, whatever he wanted for his own personal art.

Mortensen later moved to Laguna Beach in 1931, and opened a school and studio. There, far from the distractions and hedonism of Hollywood, was where he really immersed himself in perfecting his image making, and from 1932 through 1945-ish, also writing article for popular photography magazines and publishing books. 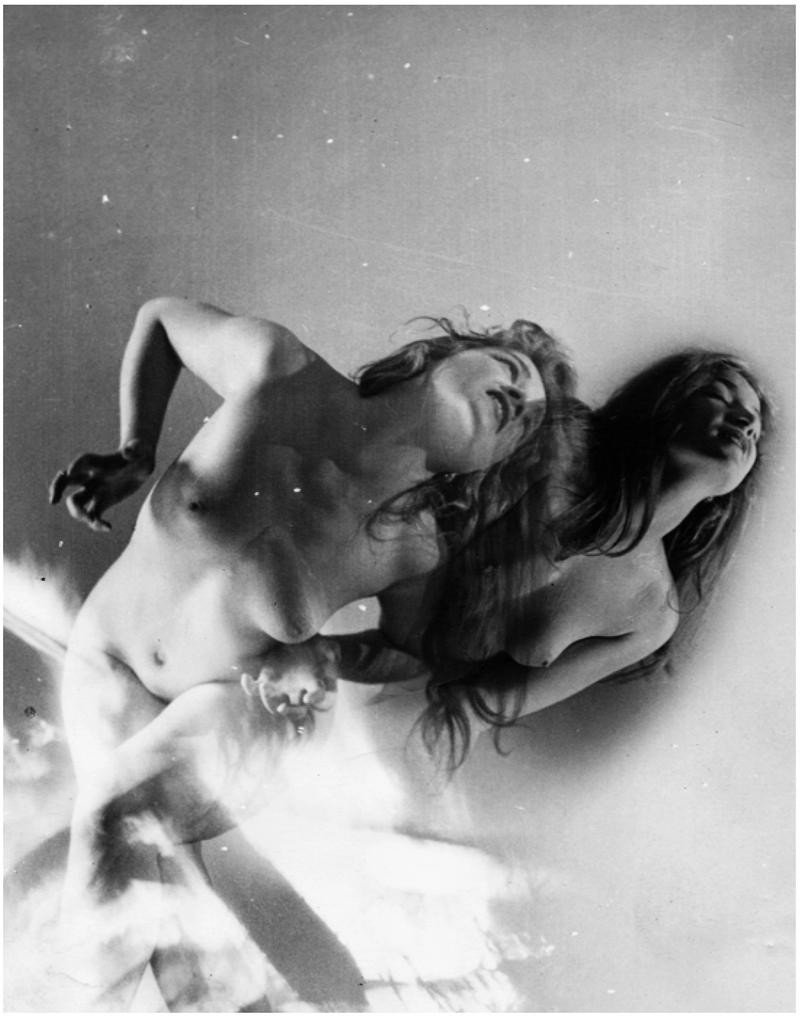 Mortensen was never accepted amongst the “high art” society, and in fact was persecuted relentlessly by Ansel Adams who dubbed him, “The Anti-Christ”. He was relegated to a footnote in the cannon of American photographic history until a curator Deborah Irmas revived enthusiasm in his art by curating “The Photographic Magic of William Mortensen”, which toured from 1971 through 1980.

Slowly but surely, Mortensen’s star began to rise again, and with the advent of digital manipulation in photography and the ever increasing proliferation of goth culture, Mortensen’s occult images began to see new appreciation and reverence. And in 2014, Feral House published an in-depth monograph “American Grotesque - The Life and Art of William Mortensen”, which brought Mortensen to the attention of the mainstream and was given widespread distribution, attention and praise.

You have also exhibited Mortensen at Dark Mofo Festival in Tasmania. How did the show come about and unfold?

The exhibition “Invisible House” at Dark Mofo Festival was organised and curated by Brendan Wallis, and it was magnificent. It comprised four solo exhibitions including Brendan’s immersive sound and light installation, and work by Barry William Hale, whom I have exhibited with and collaborated curatorial with over the past several years. It was a remarkable event which saw over 6000 visitor over ten days.

Can you give us some insight to the work of Barry William Hale?

Barry William Hale is an esoteric, often referred to as “occult artist”, living in Australia and is highly regarded in the occult circles through his involvement with the OTO— Ordo Templi Orientis - whose best known member was Aleister Crowley, and whose influence in his lifetime spread as far as Los Angeles among such luminaries as Marjorie Cameron and Kenneth Anger.

Barry is ever seeking the means to expand his reach as an artist, working in performance, sound, traditional painting, sigils, weaving a cosmology that draws the viewers to be receptive to a sacred realm of conjuring and affirmations of a higher order. 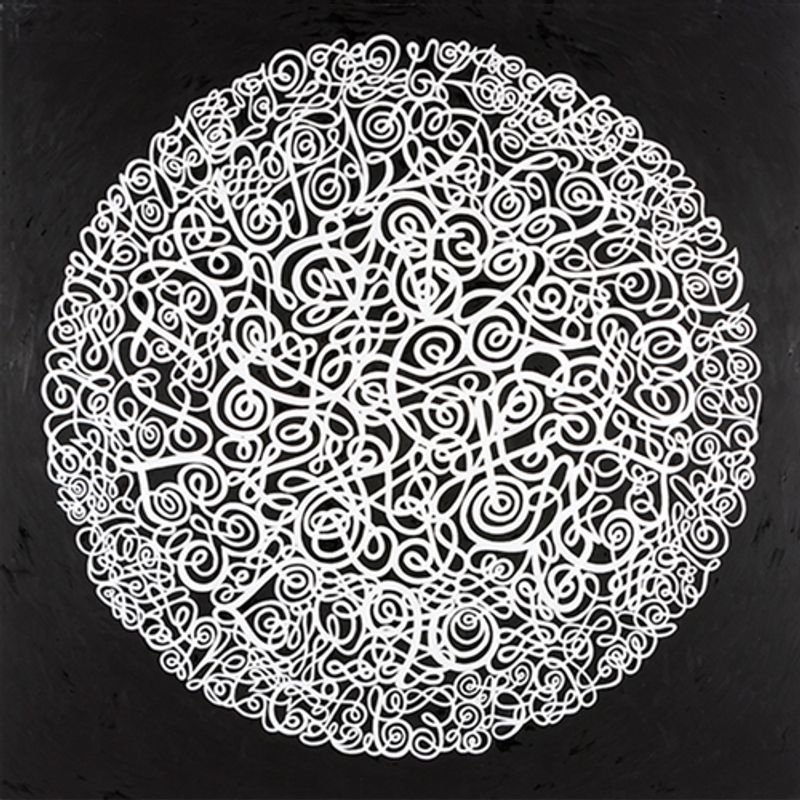 Why do you feel these esoteric or pagan themes continues to captivate us?

As we move through these bewildering times, and as the idealogical and philosophical frameworks we thought had permanence seem to be questioned and unravelling — it is in these times of upheaval that the esoteric and the occult gain greater momentum.

The art itself acts as a healing device. The viewer, as seeker, crosses the threshold into the gallery space and becomes receptive to an enriching experience. There, they find an experience that expands, heals and enriches their psyche through the generosity of spirit the artist provides in their art.

This is the artist as shamanic presence in our culture, being a conduit of what binds us together, as opposed to what tears us apart.

As a collector and curator to me there is no more noble pursuit than putting the art out there and sharing with the world. In building an exhibition, once things converge harmonically, we hopefully get to open eyes to a greater truth, a universal sense of compassion and love.

The exhibition DARK MATTERS // THE ART OF WILLIAM MORTENSEN runs at Gallery of Everything, in Marylebone, London until 29th February. 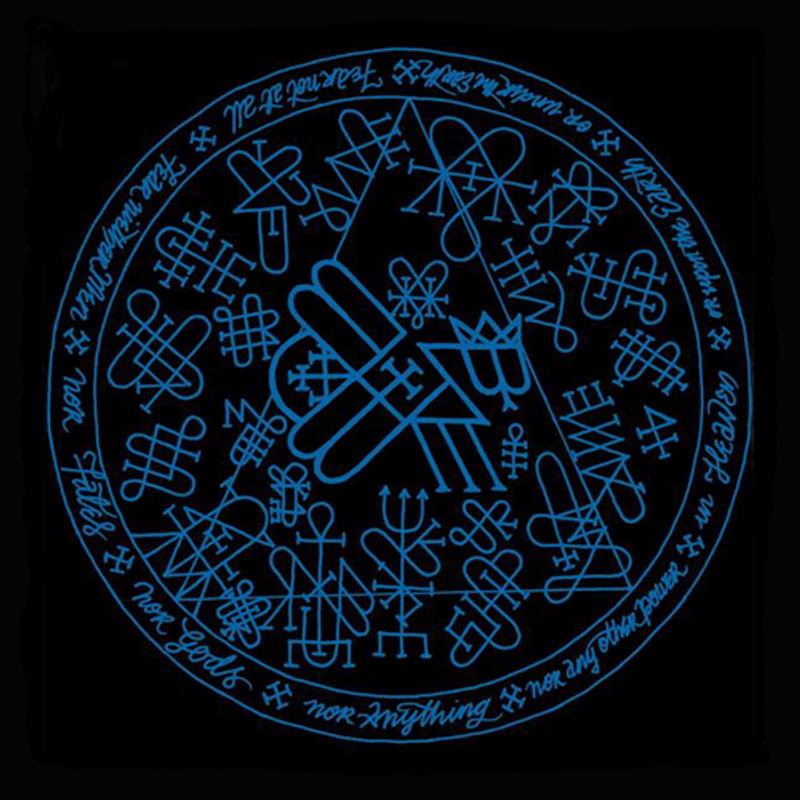 Faye Dowling is a curator and editor based in London.